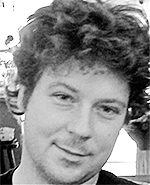 2010-2012
Postdoc at the Institute for Philosophy II, Ruhr-Universität Bochum

2008
Visiting Fellow at the Tilburg Center for Logic and Philosophy of Science, Netherlands

2000 – 2006
Studied in Hamburg and Paris Philosophy, Political Science and PSychology

Forschungsgebiet:
My PhD-thesis is concerned with the relation that holds between different theories or different sciences, which are concerned with the same domain (for example: psychology and neuroscience; parts of chemistry and physics; every-day theorizing about different phenomena (heat, lightning, society, ... and the corresponding scientific theories). It comprises metaphysical and logical aspects. Currently, I am working on the topic of explanatory power (i.e. the dimension of an explanation which is tied to understanding, or cognition, or rationality), and on methods in philosophy.